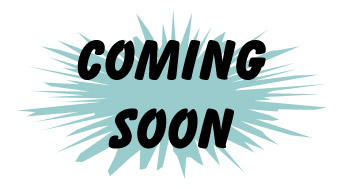 Just as I was dozing off in the back courts of the North Meadow handball courts in Central Park, my head shot up. My eyes darted side to side, searching for the penetrating shriek that woke me from my blissful nap. As I prepared myself to get up, my legs jolted. There it was again.

I walked across to the other side, and there she stood, Juana Vasquez.

She would strike the ball with all her might, as if every shot meant another breath of life. Her bellows were cries of fury, recharging her arsenal of tenacity and self-confidence.

I remember the first time I spoke to her. It was in late 2011 at the Citrus Restaurant and Bar, where the ICHA awards ceremony was taking place. I was startled at the difference in mien she wore when she was not playing handball. She was very calm and relaxed, quite unlike her handball personal.

She gave me an interesting account of her handball beginning, which started when she was just 7 years old.

“I remember it would be so hard for me to get a game just because I was a little kid,” she said. “I would always get skipped. Every time I got to play, I would give my all in those games.”

She would practice by herself on the side of a building. Any wall was fine.

“Soon as time went by I was getting better, then people would actually want me to play with them,” Vasquez said.

When Vasquez entered high school, she grew more focused on how to improve her handball capabilities. She joined the girl’s varsity handball team at Hillcrest High School, competing as 3rd singles. When the second half of the season came, she began competing as 1st singles.

Playing on a varsity level team developed her tough mentality to compete against stronger opponents. In 2011, Vasquez took 2nd place in the High School Spring Meet for Girl’s Singles 17 & Under division. She was also Semi-Finalist with her partner Neha in the doubles division.

“After playing in the High School Spring Meet, I have had so many thoughts about my future with handball,” she said.

Vasquez began competing in more tournaments. During the summer of 2011, she took 1st place in Girl’s Singles 17 and Under division of the Sky Bounce/ICHA/USHA National Big-Ball One-Wall Championships.

Vasquez’s success caught the attention of Paul Williams, the founder and President of the Inner City Handball Association (ICHA).

“ICHA has helped me a lot,” Vasquez said. “It helped me grow as a handball player, helped improve my game and set a goal for myself.
I
CHA has also supported Vasquez in pursuing her interest in four-wall handball by providing her with a YMCA membership. She often practices at the Jamaica YMCA in Queens, New York.

Vasquez began 2012 by winning 1st place in the Girl’s 19 & Under Singles division in the Long Island Open.

Vasquez’s accomplishments are not her greatest assets. She is always optimistic with respectable sportsmanship. With Vasquez, her goals are not to win, but to improve her abilities and discover more about herself and her natural playing style.

“I really want to go far, and be the best handball player there can be. I’m going to keep working hard until I get there,” Vasquez said.